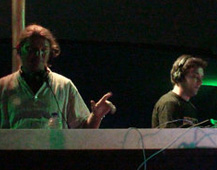 Tajmahal is Electrik Dream’s label manager and is also in a number of different projects around the world.

In 2007 he released “Star Circus”, his first album for Electrik Dream.

Fluxo organizes the famous Portuguese parties Quest 4 Goa and in addition to Chilled C’Quence he is also in a musical project called Photonik for more morning/hi-tech sounds.

Fluxo and Tajmahal started working on their debut album “COSMOS UMBILICAL” in the beginning of 2009.

Taj drew inspiration from his visit to Peru in October 2008, following the footsteps of Jan Kounen’s “Other Worlds” documentary expedition to find Shipibo Indians from Amazonia.

Uasca is a tribute to the ancient, tribal knowledge of the Amazon.

The goal of their music is to use our collective voice to raise awareness for the great need to respect the Amazon, its people and nature.

Our planet is bleeding but it can heal itself if we respect it and live in harmony with our mother Earth. Enter “Cosmos Umbilical” and connect to the tribal sounds of a people, the Shipibo, at one with nature !!!

They love to include some sacred Shipibo traditional chants inside our music, with always the same bottom line, the sound of the jungle is not far away from our downtempo basic bassline.Their debut album « COSMOS UMBILICAL » will be released in 2017 with a DVD to follow… In the dvd we gonna add some Visionary Art from Anderson Debernardi and Juan carlos Taminchi watch out !!!To come next a fresh new EP from UASCA « Duality Explorer » should come true for end of october !!!

Watch out their clip Umba and New Dream. 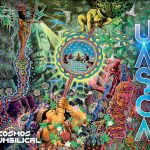 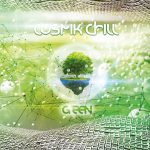 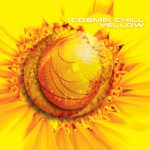