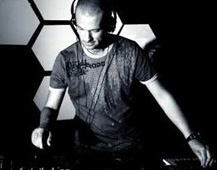 Solar Fields is a Swedish based electronic music composer and graphic designer .Who has been involved in many projects since a teenager, playing drums, percussions, piano, keyboards, for various bands before launching his own project Solar Fields in 2001 with the album Reflective Frequencies. Magnus always built a unique sound universe, poles apart from current trends in the genre, he explores the wide possibilities of ambient, atmospheric, deep, extatic, industrial yet organic, cultivating contrasts and subtelty with brio. As a high tech& sound designer (sampling, sequencing, morphing, programming,…) and multi-instrumentalist (sitar, veena, guitars,,,,) Solar Fields collaborated with several art galleries and museum, his latest sound installation at Trabekel (Sandviken, spring 2004) met a great success. In synchronisation to the work of pictural artist Antonio Sognasoldi, he presented four pieces which could be played simultaneously and evolve depending on the position of the visitor in the gallery.In November 2005 were released [ Leaving Home ] and [ Extended ], the later being a limited edition. These two albums are receiving excellent comments from the media, opening new horizons for Solar Fields and his true visionary work.

With Aes Dana, Solar Fields, Mahiane, Mizoo, Tajmahal, And Many Others