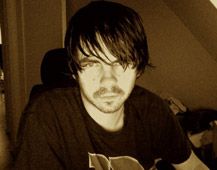 Xerxes, the ambient project of klaus lunde from norway, was born in 1988. after experimenting with various styles and genres for many years, xerxes started developing his own unique sound in 1996, where his music was given a lot of attention in various demo groups on the net. since then, his style has become increasingly more noticed around the world, getting radio play on norwegian national radio, featured in games and used in many commercial projects. The sound of Xerxes can be described as melodic, soothing and peaceful. currently, Klaus is working on his debut album which is projected for release in late 2007.