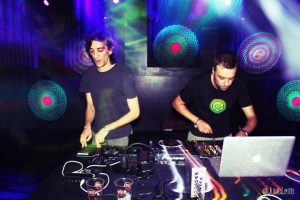 After captivating the interest of some worldwide known dj’s like Kristian from Dejavoo, that play some of their tracks on his dj set, was the needed steam to their first release on the Uk based label Transient “ EP 3 Flavour in 2009.

They have been playing in several national and international parties, strongly motivated by public response to their music.

Music is the tool for global awakening !!!

They gonna release their debut album Robotik Science on Electrik dream in 2011.