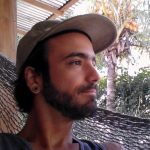 Born in Caracas, Venezuela, Gibrán Salom aka Eknum has always been fascinated by the many possibilities that technology offers to all creative minds. This fascination led him to learn electronic music and synthesis, as well as digital art and animation. This has led him to be a DJ for some electronic music events and to work with different companies to support their promotional projects.

Recently, Gibrán has explored new tools and new forms of expression that allow him to project the relationship between sound and colours – the heart and soul of the work he now shares with you.

He grew up in a creative and artistic family. Her mother is an award-winning filmmaker specializing in animation in Venezuela. His father was a talented musician and producer, and played in a well-known 60s psychedelic rock band in Peru called Laghonia.

From an early age, he practiced various musical instruments such as drums, guitar and keyboards. Yet he never felt a strong passion in mastering any of them. At that time, all he wanted was to skate every day and paint graffiti throughout the city.

After trying to find his way into other disciplines, it was only at the age of 17 that he discovered electronic music – and by that time everything had changed. He was more and more intrigued by the sound synthesis and the idea of being able to conceive synchronized forms, colours, landscapes and rhythmic and melodic textures with the power to awaken hidden feelings, to reinforce self-awareness. through sound waves.

Recently, he moved with his family to Costa Rica in search of a better life. After a period of acclimatisation, he can once again focus on what he likes to do: create and share his music and art with you. 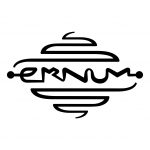 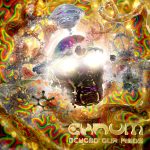 EKNUM EP AUGUST 2018 BEYOND OUR MINDS